The State Office for Geoinformation and Land Development (LGL) in Baden-Wurttemberg maintains a treasure of around 400,000 analog aerial images.

Based in Stuttgart, the LGL’s high-quality prints show the transformation of the landscape of the Baden-Württemberg region in southwestern Germany from the early beginnings of aerial photography through the Second World War, and the systematic aerial photography campaign of the entire region launched in 1968 to the end of its analog aerial photography program in 2008.

These historical aerial images show how the Baden-Württemberg landscape has changed throughout time, and how natural spaces have changed or been damaged by natural disasters or the Second World War.

Recognizing that digital photos would be much easier to access, preserve, and process, the LGL launched a project to gradually digitize a substantial selection of the print inventory. Also, because the photos are in analog form, they have been susceptible to degrading through aging and frequent use.

Baden-Württemberg created the first nationwide photo inventory of its region in 1968. From 1969, a fifth of the land area was then photographed annually to achieve complete coverage in five-year cycles. The number of captured photos fluctuated depending on the altitude and image scale. For example, in the period from 1976 to 1980, around 5,000 photos were acquired, while the surveys from 1986 to 1990 produced around 10,000 images.

These analog records from the period from 1968 up until the end of the analog campaign in 2008 were selected for digitization as part of the “digital@bw Digitization Strategy” initiated by the state of Baden-Württemberg in 2001. With the agency having already completed years 1976 to 1980 and 1985 to 1990 by April 2022, the agency is currently processing the analog originals from the period 1981 to 1985. Digitizing a selection of the last batch of photos from 1969 to 1975 will mark the end of the entire project by December 2022.

A Workflow for Bringing History to Life

In the newly implemented workflow, digitization takes place with the help of a special camera system from Phase One, which enables an efficient workflow and provides all the tools needed for high-quality digitization and precise production.

When the LGL first began digitizing the archive, it was not a trivial process because they needed to preserve the high quality of the originals as much as possible. "In order to achieve the best possible results, we first used specialized scanners to digitize our analog photos," says Theresa Herbst, who is the project manager for the DLBA digitization project. "These first scanners have delivered us good results, but maintenance has become cumbersome, and they also took 15 minutes to digitize a single image. That was far too long to digitize our stocks in an acceptable time period."

The LGL, therefore, began to digitize its analog aerial images with the help of a high-resolution camera. For this purpose, the 23 cm x 23 cm polyester films are aligned on a transmitted light table and captured with a Phase One camera, which offers a resolution of 150 megapixels. With the new camera system, the LGL can now digitize 500 aerial photos per day, at a resolution of 1000 dpi.

To further process their detailed, digital images, LGL uses Trimble Inpho® software, an advanced suite of image processing tools it has utilized for about two decades. “Inpho is a powerful photogrammetry package,” explains Herbst. "For example, its Match-AT module is still a strong aerotriangulation product."

With this processing package, the LGL has been able to create an efficient workflow for higher performance production. In the first step, MATCH-AT uses both the aerial camera calibration data and ground control points—certain points in the landscape with a known position and height—to triangulate the images.

Based on the georeferenced images, the OrthoMaster module then rectifies each individual photo, converting each to a distortion-free orthophoto, where the distance between two particular pixels corresponds to the real distance in the field, and it correctly orientates them.

In a final step, OrthoVista stitches automatically all individual orthophotos together to create a 2D orthomosaic. This achieves a homogeneous, color-balanced and uniform image impression that is independent of the lighting conditions at the time of recording. Image contents such as forest, dirt roads or water are set to standardized tone values and the contrast is optimized.

As during the run of the project, the LGL is digitizing the entire area of the state of BW, and with each new block of photos they are better able to identify, measure and model changes to the landscape over time.

Historical Orthophotos Made Available for Variety of Uses

Once each set of orthophotos is finalized, the true-to-scale images are made available for purchase to the public. Furthermore, the historical orthophotos can be used as layers for use in GIS systems in the form of a geodata service (Web Map Service) to be individually displayed and hidden in the Geoportal of Baden Wurttemberg. 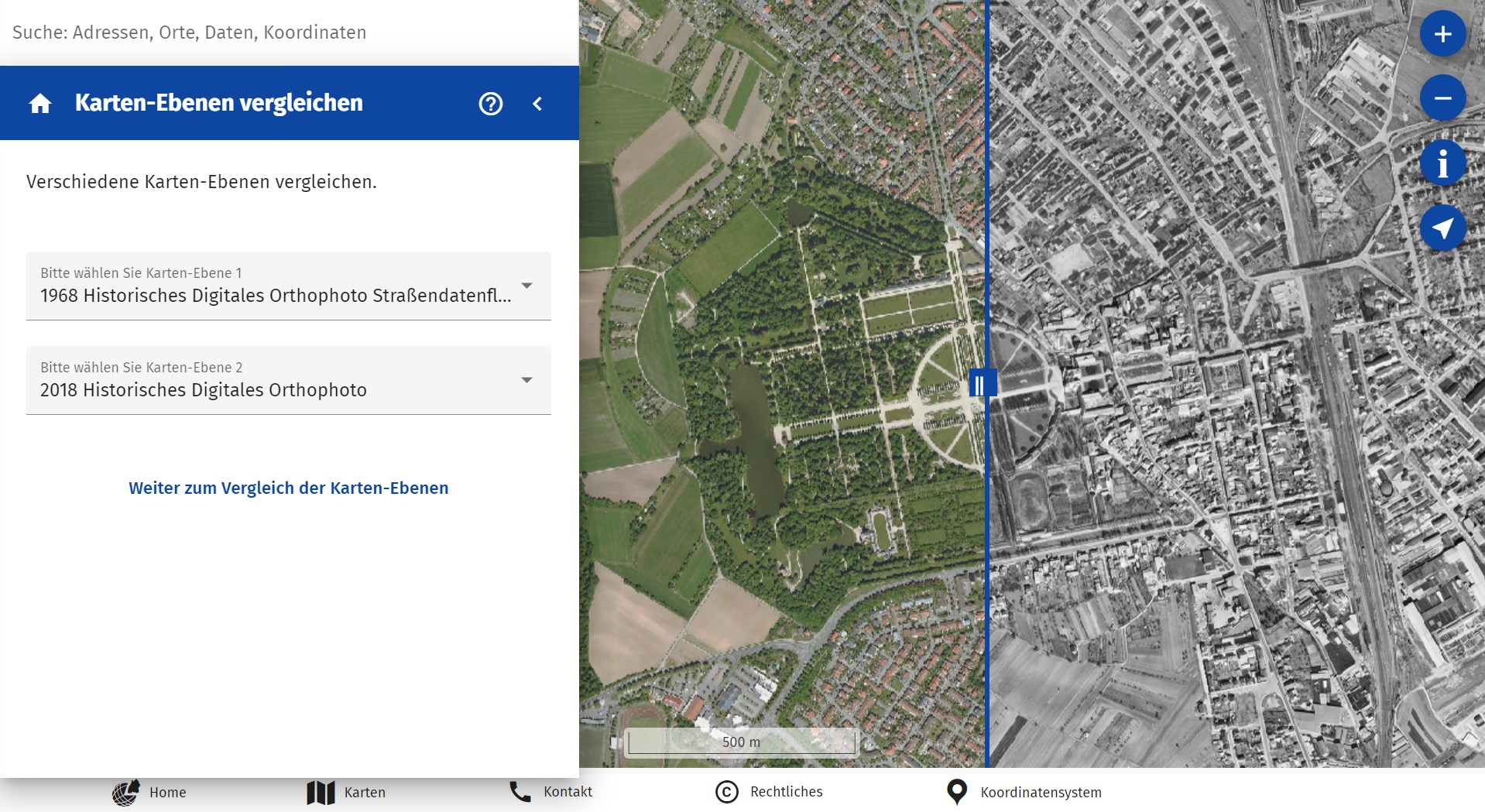 “Thanks to Trimble Inpho, we can accurately and efficiently run the photogrammetric processing part of this project of analogous aerial images,” Herbst says, “and provide our customers with accurate aerial images and accurate orthophotos for their tasks.”