Global Navigation Satellite System (GNSS) real-time network operators and their customers can have productivity disrupted by interference from errant radio frequency (RF) signals near reference stations that can disrupt low-power GNSS signals. But, for real-time network operators using the Trimble Alloy™ GNSS reference receiver, powered by Trimble’s Maxwell™ 7 GNSS dual chipsets, they are able to collect data with more confidence. With this added ability to monitor and analyze the signals received in each of the GNSS frequency bands, the onboard spectrum analyzer feature helps users identify interference so they can take steps to remove unwanted signals.

Several sources can cause signal interference including:

To more easily identify potential interference, the spectrum analyzer is embedded in the web user interface (UI) of Trimble’s precision Alloy GNSS reference receiver, replicating many of the traditional features found in benchtop analyzers. However, unlike a traditional analyzer, users can view the spectrum as seen by the receiver. From poorly shielded processor bands to cable assemblies that can radiate enough energy into the antenna to result in significant GNSS band jamming, the spectrum analyzer can report on these and other interferences by sampling a small portion of the digital measurements while the receiver maintains normal operation.

In addition to working simultaneously alongside the receiver’s operation, the spectrum analyzer also:

Placing Interference on the Sidelines

One example where the spectrum analyzer helped identify interference from an external source is shown here, where local airport transmitters impacted L-band tracking, represented by the spikes in the plot line. 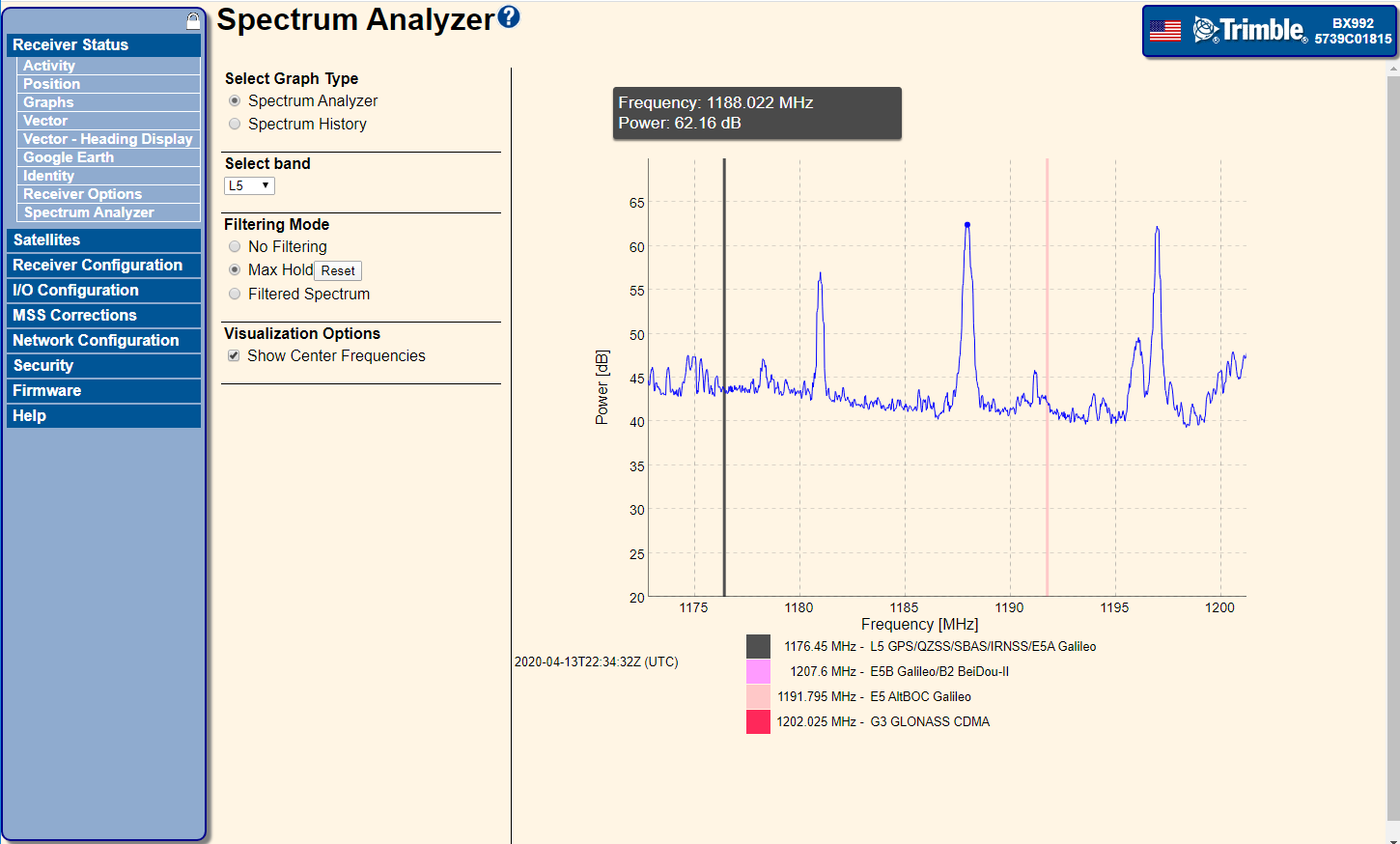 Another example is onboard interference. In this instance, a vehicle navigation system with poor positioning performance led to a closer look at signal tracking and the spectrum analyzer. The multitude of processors, sensors and cabling integrated on the same platform caused interference when all pieces of the system were in place and powered up. While typically quite difficult to source the interference, the onboard spectrum analyzer significantly sped up the task. 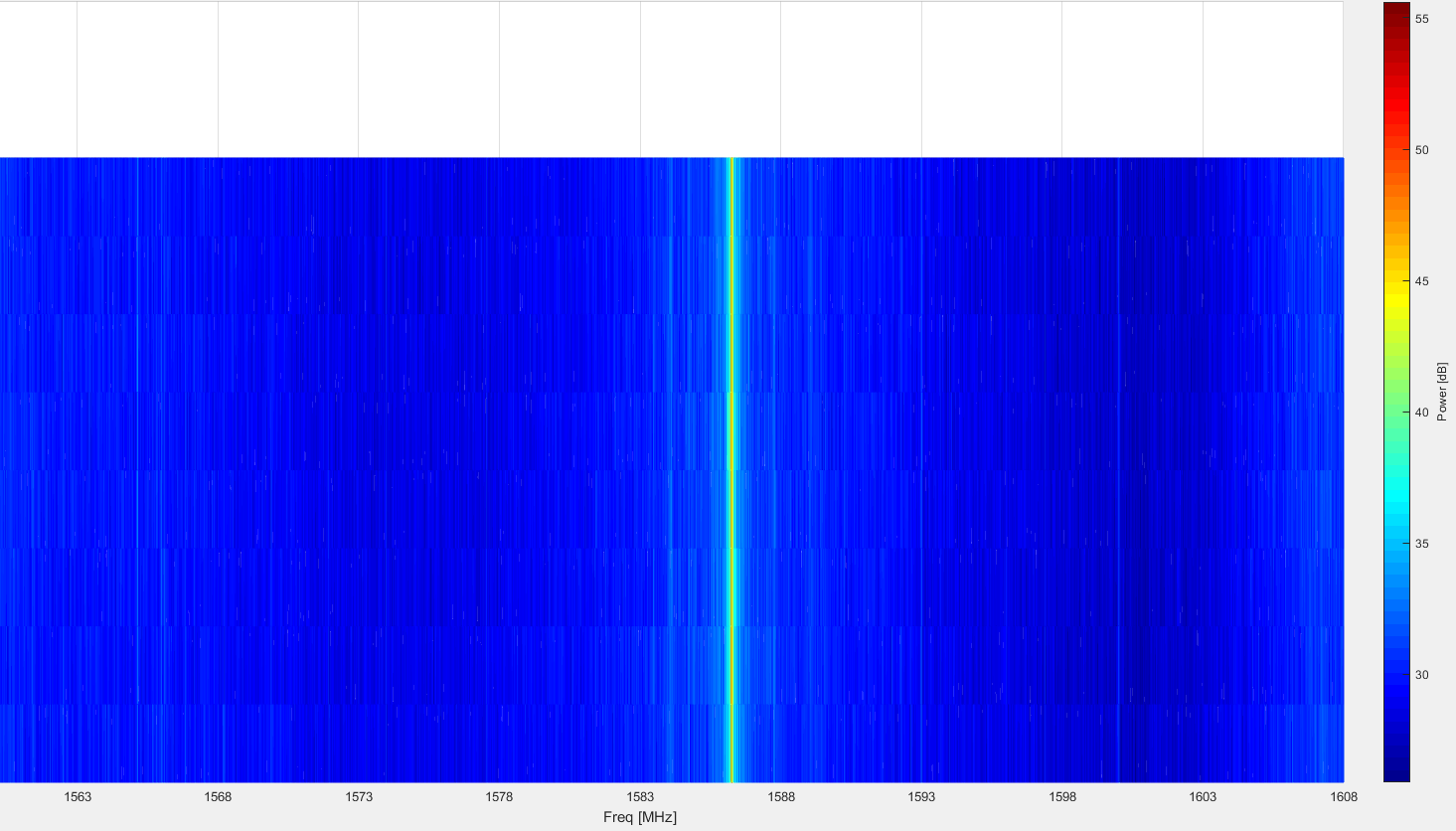 As the wireless spectrum gets increasingly crowded and autonomous systems add more sensors, the amount of interference in GNSS bands will continue to increase.

The spectrum analyzer feature of Maxwell 7 technology is a critical component in the toolbox of developers releasing products to market within specification and on schedule. For more technical details about this feature, read our white paper on the topic here and watch our webinar here.